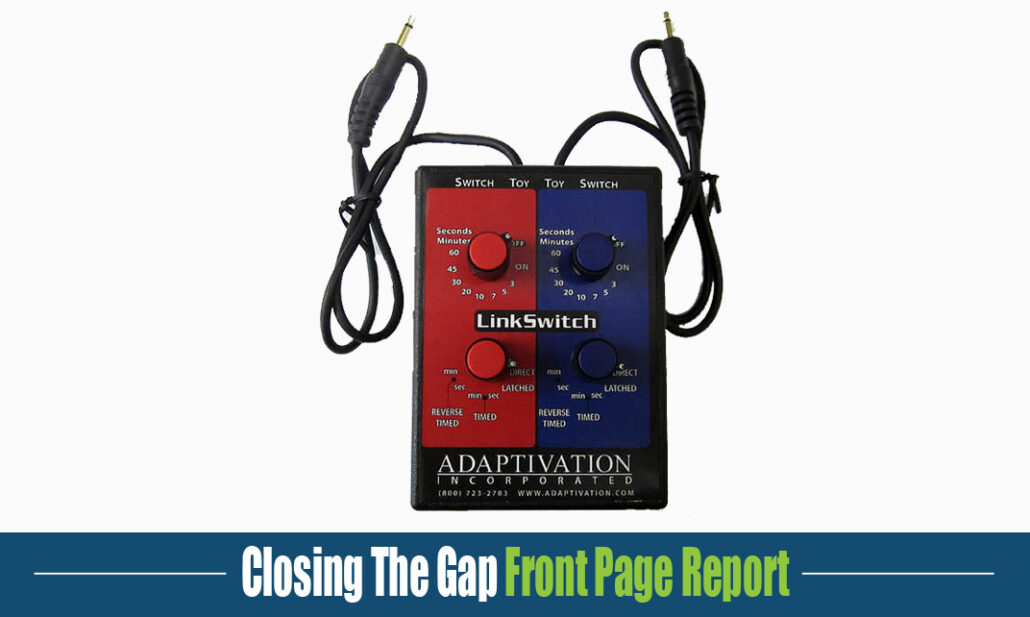 Use the “Media Mode” on the LinkSwitch to activate a Digital Book Player from your state’s Braille and Talking Book services. With the LinkSwitch connected to the player through a Swifty, the activation of a single switch turns the digital book player on for an adjustable amount of time. The player then turns off, requiring the user to activate the switch again to continue to listen to the recording. This feature is great for anyone who needs processing time. Includes one 9-volt battery. 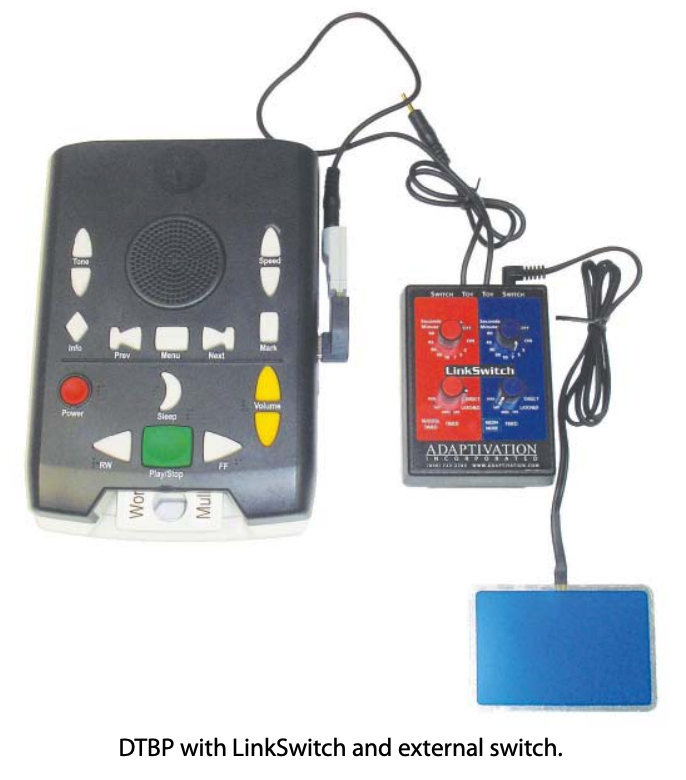 Media Mode is used when one needs to control certain media-playing devices so that they have a timed play function. Such devices include movie-playing software on computers and Digital Talking Book Players (DTBP) as used in each state’s Braille & Talking Book Library services. DTBPs and some media-playing software have the ability to pause, and resume playing simply by pressing a button or key, such as the SPACE key. 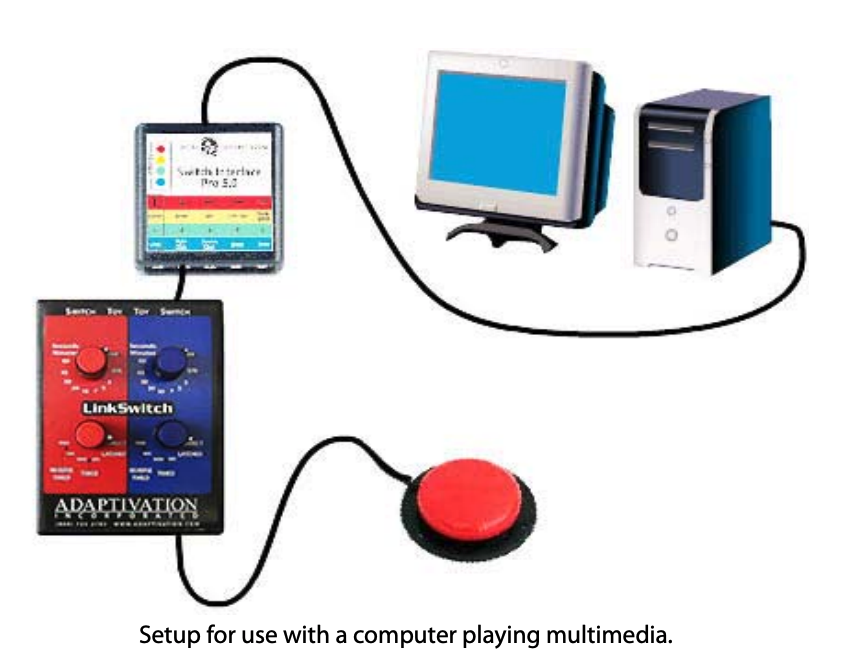 Some media players such as Windows Media Player may not have this pause-play ability with a key; One must move the cursor over the pause-play button, then left-click with the mouse. With the DTBP, there is a dedicated button to pause/play the Digital Talking Book. 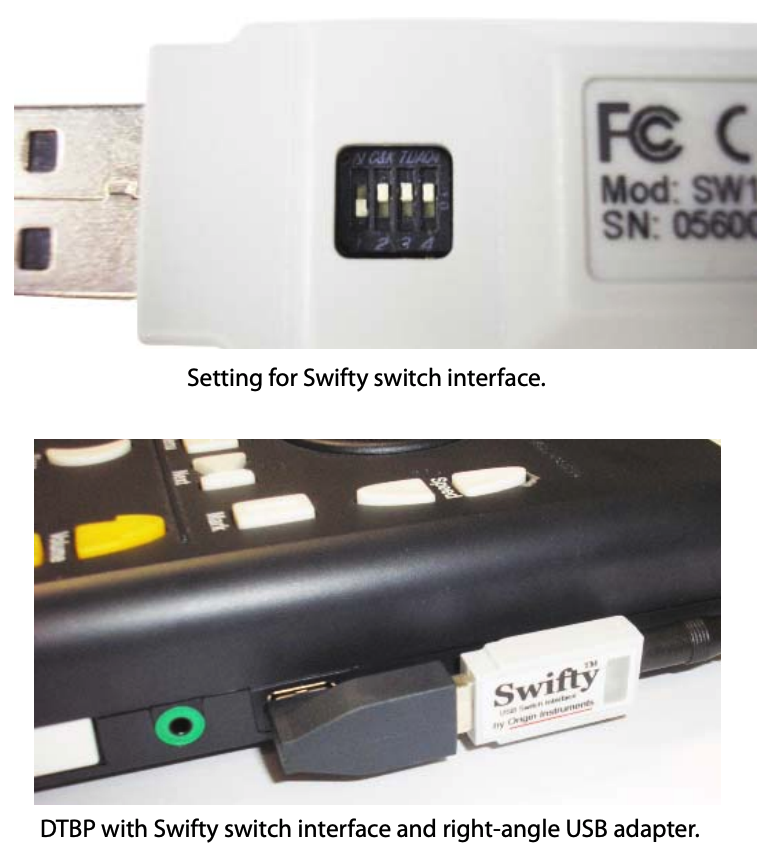 Set the time knob on the LinkSwitch to the desired time and the function knob to MEDIA MODE (seconds or minutes). Prepare your device to play. Pressing the external switch causes the DTBP or computer to begin playback of the media. After the time indicated by the knob, the media will stop playback. The user must then press the external switch again to resume play.