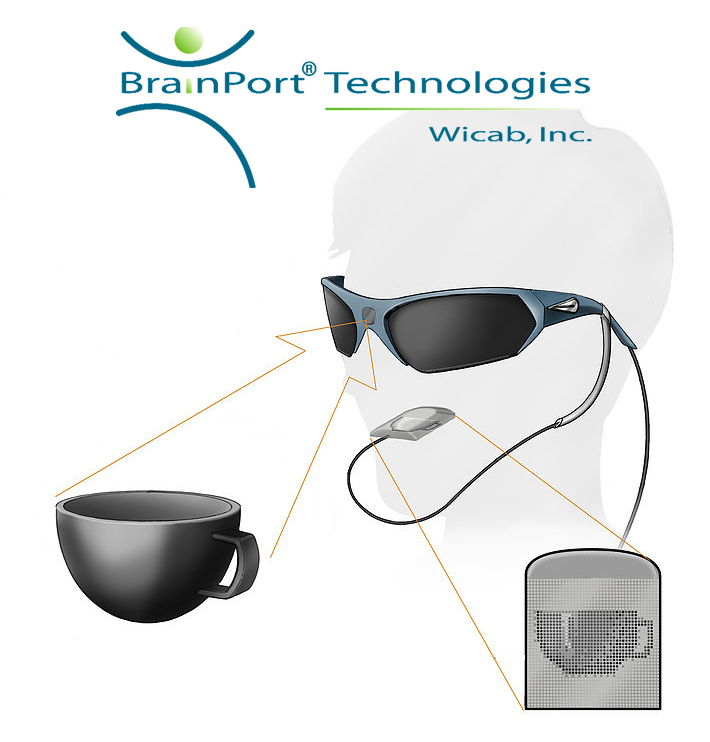 The BrainPort® V100 is an oral electronic vision aid that provides electro-tactile stimulation to aid profoundly blind patients in orientation, mobility, and object recognition as an adjunctive device to other assistive methods such as the white cane or a guide dog.

BrainPort V100 translates digital information from a wearable video camera into gentle electrical stimulation patterns on the surface of the tongue. Users feel moving bubble-like patterns on their tongue which they learn to interpret as the shape, size, location and motion of objects in their environment.  Some users have described it as being able to “see with your tongue”.

The BrainPort® V100 includes a video camera mounted on a pair of sunglasses, a hand-held controller, a tongue array, 2 reusable lithium batteries with charger, and a soft-sided carrying case. 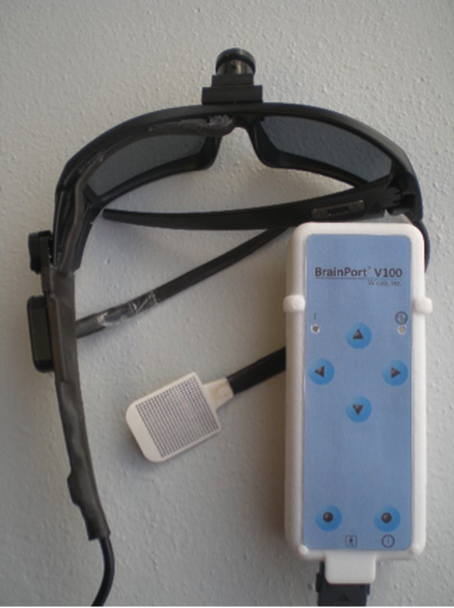 The camera works in a variety of lighting conditions and has an adjustable field of view.  The tongue array contains 400 electrodes and is connected to the glasses via a flexible cable so it can’t be dropped and lost.  White pixels from the camera are felt on the tongue as strong stimulation, black pixels as no stimulation, and gray levels as medium levels of stimulation.

Users report the sensation as pictures being painted on the tongue with tiny bubbles. A small hand-held unit provides user controls (stimulation adjustment, zoom, contrast, test, on-off) and houses the rechargeable battery. The system will run up to 3 hours on a single charge. 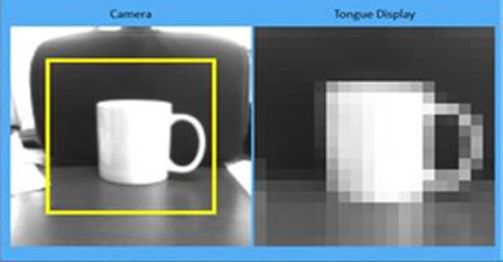 Supervised training is necessary prior to using the BrainPort® V100 device independently.  Individuals need to complete a minimum of 10 hours of one-on-one training, over a three day period, with requirements and content customized for the individual user. The training sessions cover proper interpretation of sensory information and operation of the device controls. 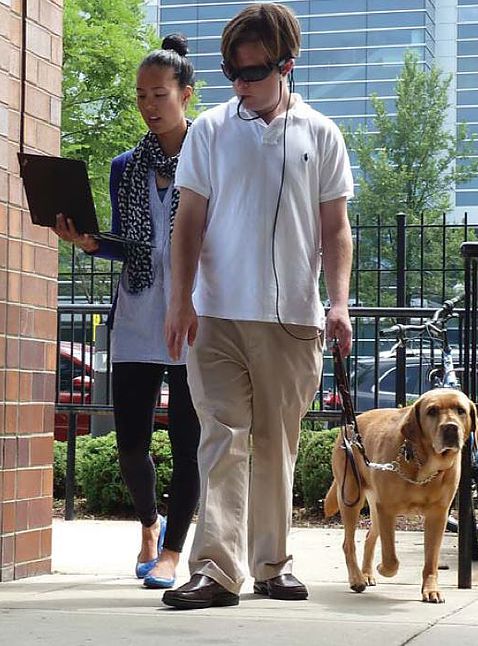 Researchers have found that shortly after using the device, most individuals can begin interpreting spatial information via the BrainPort V100.  Within an hour, most users can point to different shapes.  After a few more hours, they can identify familiar objects and avoid obstacles.

While BrainPort V100 does not replace the sense of sight, it adds to other sensory experiences to give users information about the size, shape and location of objects.  “It becomes a task of learning, no different than learning to ride a bike,” said a researcher. “The process is similar to how a baby learns to see. Things may be strange at first, but over time they become familiar.”