Tallie’s Freedom – The ASR 16, their Most Versatile Bicycle Yet… 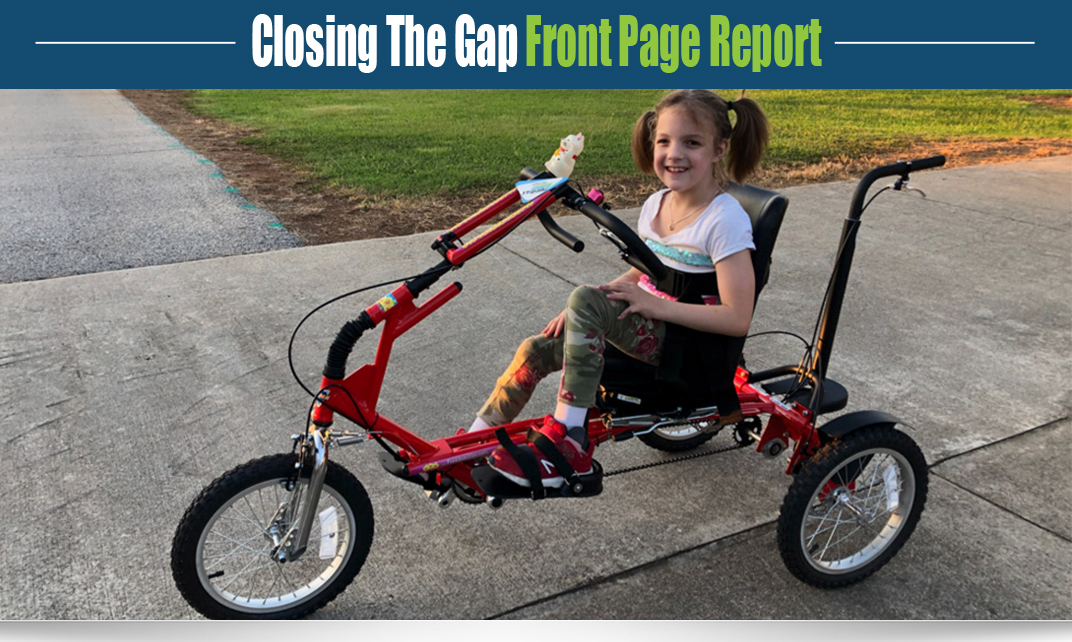 Tallie Lyons likes to be included. Whether it’s running errands with her parents or playing outside with her siblings, she always wants to be involved. But sometimes it’s a little harder for her than it is for other children.

Tallie has spastic diplegia, a form of cerebral palsy that mainly affects the lower extremities of the body. She requires a walker to get around but doesn’t let that discourage her.

“She’s very determined when she feels like she wants to accomplish something,” said Christie Lyons, Tallie’s mother. “She wants to be involved in everything, and it’s hard to tell her that she can’t do something.”

At eight-years-old, Tallie and her identical twin, Tricia, are the youngest in a family of ten children. Living in an Atlanta suburb, the family often spends time out in the cul-de-sac playing frisbee or going on bike rides. Before getting a Freedom Concepts adaptive bicycle, Tallie was never able to go with her brothers and sisters when they decided to ride around the block.

Tallie first tried a Freedom Concepts bike at her therapy center, Tender Ones Therapy Services. That’s where the family met Jaydene Lowe, Freedom Concepts’ Southeast Territory Manager. Jaydene helped them find funding for the bike through the 3TSports Operation Freedom Forward Program, and before long, the bike was being presented to Tallie at the Gwinnet Civil Air Patrol Hangar.

Despite her challenges, Tallie has a very positive outlook on life. Described as a headstrong, smart and cheerful girl, Tallie will be able to enjoy riding her bike with her friends and family for many years to come.

The ASR 16 – Their Most Versatile Adaptive Bicycle Yet.

The ASR 16 is their newest adaptive bicycle. It’s part of their renowned Odyssey series and comes as a result of 28 years of customer feedback mixed with inspiration from our ASR 2011.

At just 68 pounds, the ASR 16 is light enough to take with you on your travels, and with a frame height of only 14 inches, it sits at the perfect transfer height. Featuring our highly adjustable slide seating system and our easily controllable knuckle joint steering, it’s the ideal ride for both beginners and experts. Whether you’re looking to cruise down the sidewalk or race down the street, the ASR 16 has you c