The World is Evolving – Everyone Deserves a Barrier-Free Communication

The World is Evolving – Everyone Deserves a Barrier-Free Communication
By Marc Hagen • May 6, 2022

From Frustration to Innovation 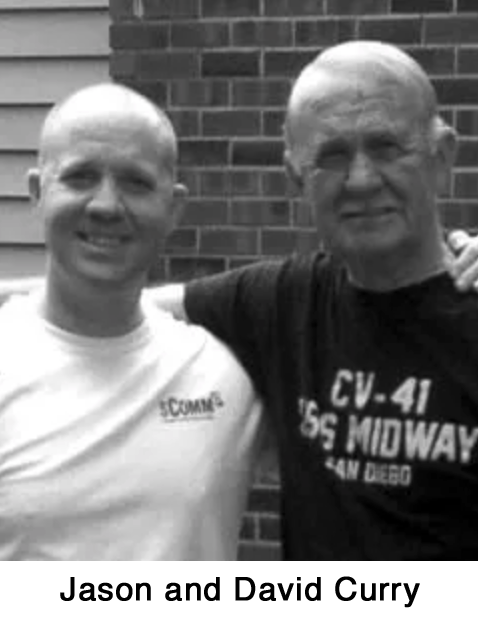 Twenty years ago, in March of 2002, frustration finally caught up with David and Jason Curry. The hearing father and deaf son duo were trying to have a discussion about a real estate contract while sitting across from each other in a booth at the Perkins restaurant in Sedalia, Missouri. Jason had made the hour-and-a-half drive from Kansas City to have his dad, a real estate investor, look over the contract. While David and Jason had always communicated through sign language, it had never been at the level that David would have liked, and that prevented him from having the type of conversation he wanted to have with his now 33-year-old son. As they slowly went through the contract, using fingerspelling, sign language, note writing, and lipreading to communicate, David suddenly said, “I have an idea. Let’s go back to our house.”

They left the booth with the remains of their breakfast still on their plates, and headed for home. As David drove, he mulled over an idea that had flashed into his mind. He wondered if the solution that he had envisioned for years would be able to shatter the face-to-face communication barrier that he experienced with his son. When they walked into the kitchen, David made a beeline for the large whiteboard that hung on the wall, and began to draw a sketch of his idea. As Emma, David’s wife and Jason’s mother, interpreted what was being said, David explained the idea which was to eventually become the UbiDuo. When Jason saw that early drawing, he said, “Dad, if I had something like that, it would change my whole life. I could go anywhere and talk to anyone without needing an interpreter. And it would change the lives of other deaf people too.” David replied, “I am a real estate investor. I don’t know anything about patents or technology, but if you feel that way, let’s see if we can get a patent on this, and you take it and build it.” And they did. 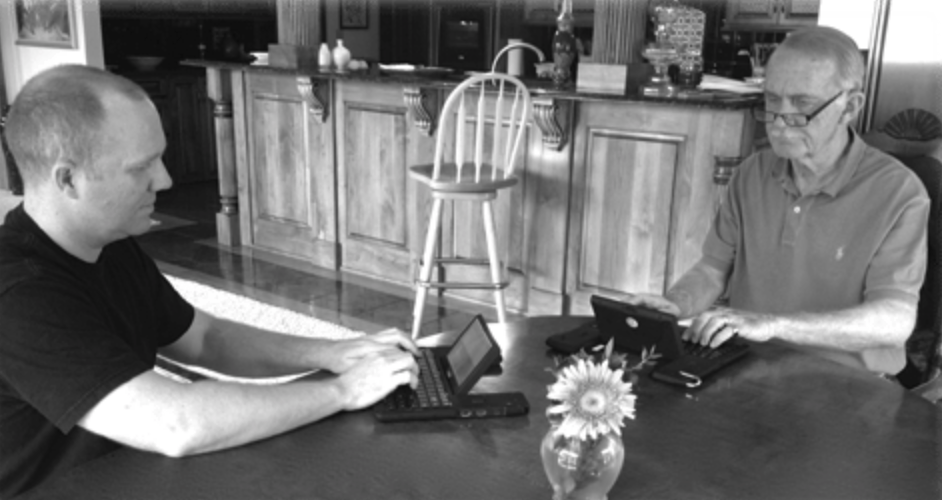 Since that day, they have built the company up from scratch, starting with a National Institutes of Health SBIR grant. sComm began operations in a 500 square foot office, with personnel consisting only of Jason Curry, Emma Curry, and one employee. It has grown organically, customer by customer, and has been entirely self-funded without any outside investors whatsoever. In 2017, sComm was approved as a durable medical equipment (DME) provider which enabled the UbiDuo to be covered by Medicare, Medicaid, and private insurance. This resulted in the company forming two divisions – one to handle business-to-business (B2B) sales, and another to handle DME claims.

Today sComm is a 20-year-old, 100% debt-free, and 100% privately-held company that employs 25 deaf and hearing people from a variety of backgrounds and walks of life. With the release of the third generation of the UbiDuo communication device, sComm continues to grow and innovate, and it serves thousands of customers and patients worldwide.

The evolution of face-to-face communication between the deaf, hard of hearing and hearing