KEMPF – Digital Hand Controls – DARIOS, The Digital Accelerator Ring Which Adapts Its Response To Your Speed

KEMPF – Digital Hand Controls – DARIOS, The Digital Accelerator Ring Which Adapts Its Response To Your Speed
By Marc Hagen • October 16, 2019 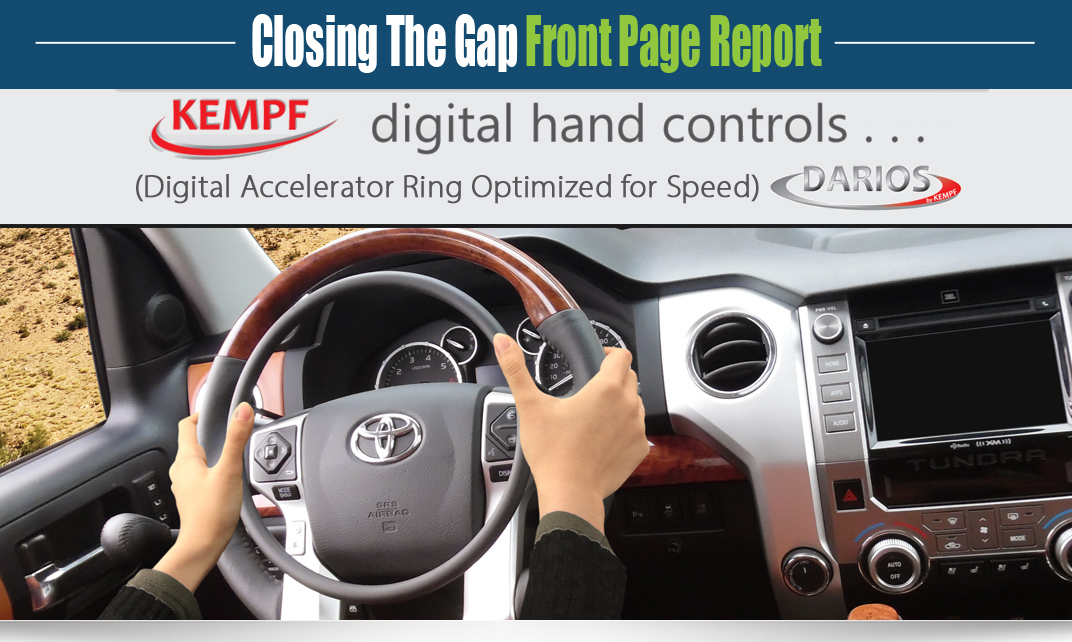 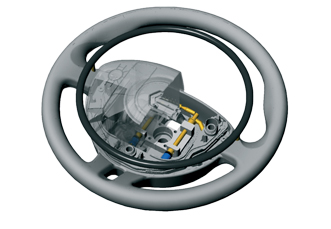 Their solution for hand controls for paraplegic drivers, is the Digital Accelerator Ring DARIOS and the Main Hand Brake.

It allows the driver to keep both hands on the wheel.

DARIOS and the main hand brake can be installed on most vehicles with automatic transmissions. The original pedals remain functional.

The ring is installed on your original steering wheel and all Airbags, all adjustments (tilt and telescopic), the horn, the cruise control and its multifunctions remain functional. 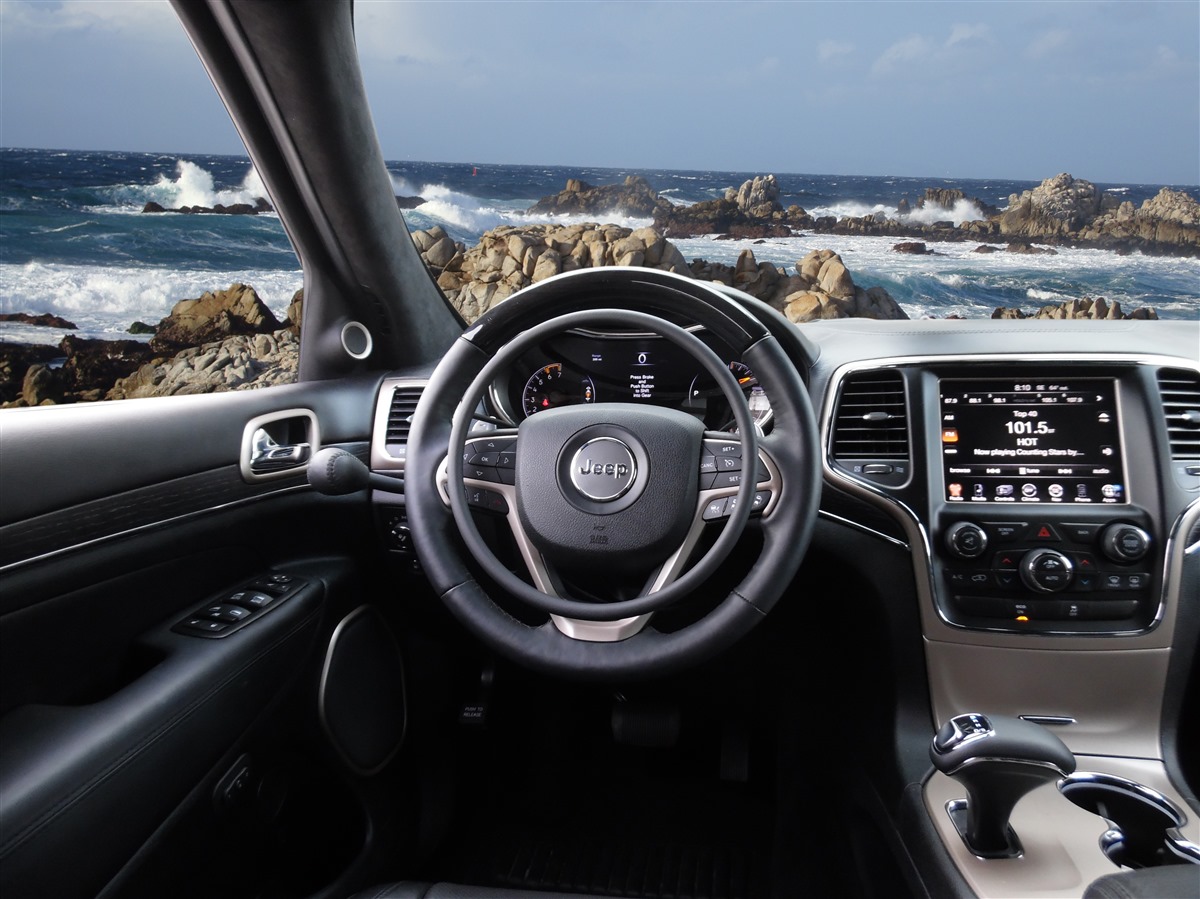 DARIOS – the Digital Accelerator Ring and the Main Hand Brake, which can be installed on most cars with automatic transmissions.

Smoothly push the ring towards the steering wheel to accelerate.

Move the main hand brake downward to brake. It may be installed left or right from the steering column.

In some situations one hand is enough to steer and accelerate, keeping the other hand free to control the radio or the ventilator, while never beeing far from the hand brake.

DARIOS – (Digital Accelerator RIng Optimized for Speed) is worldwide the first accelerator which adapts itself to the speed of a vehicle. Its purpose is to give a high level of comfort and safety to a driver accelerating with his hands.

At low speed the acceleration is smooth, progressive and economical. It makes delicate manoeuvres during parking or backing up very easy. The gas consumption is reduced, because even a rough handling of the accelerator ring will not result in a rough acceleration, and so avoiding any over consumption.
However the full engine power of the vehicle always remains available.

At high speed the acceleration is dynamic and responsive making quick and precise moves like passing on the freeway very safe. It allows you to keep your hands on the wheel in an ergonomical and natural position requiring very little effort.

DARIOS constantly measures the speed of the vehicle and adjusts its reponse to give you an optimal level of comfort and safety while driving. DARIOS never reduces the full engine power which remains available at any speed.

To accelerate the ring is smoothly pushed toward the steering wheel with very little effort.
The needed effort remains constant at all time.

DARIOS can be installed on most vehicles with automatic transmissions.

DARIOS is patented in Europe and North America. 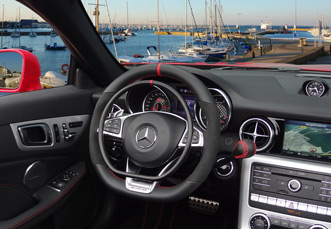 The version “duo” enables the driver to choose between two driving styles : “Standard” or “Sport” (also called “Fun” by some drivers) using a selector on the dashboard. In both styles Darios still adapts the acceleration response to the speed of the vehicle:

I – The “Standard” style gives the driver an excellent sensibility in acceleration, very smooth starts and an enjoyable and economical ride.

II – The “Sport” style gives the driver a dynamic sensation enabling him to skillfully get a very precise acceleration, fast starts and a real pleasure in driving while still enjoying all the advantages of the ring adapting its response to the speed of the car.

In 1954 Jean-Pierre KEMPF, who had lost the use of both legs after contracting polio, invented the accelerator ring to be able to drive his car keeping both hands on the steering wheel.

He founded his company in his garage and became the leader in his field in France.

First the accelerator ring was a mechanical device with a rod going through the steering column and pushing on the original accelerator pedal.

When steering wheels started having airbags, the accelerator ring became an electronic device and today it uses digital technology.

At the end of his life in 2002, Jean-Pierre KEMPF had sold over 100 000 accelerator rings. Using an accelerator ring became the standard way of driving for a paraplegic driver in France and many other European countries.

Martine KEMPF, Jean-Pierre’s daughter is CEO of KEMPF Inc. in the US and of KEMPF SAS in Europe. 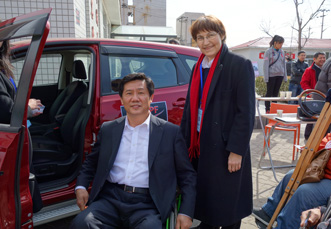 In 1985 as an astronomy student she invented the Katalavox, a speech recognition control system used to control secondary functions in cars for drivers without the use of their arms.

She taught herself electronics in her spare time with books and magazines and designed a very fast and reliable speech recognition system way ahead of its time.

Her invention was used in cars for disabled drivers, in power wheelchairs for quadriplegics and in surgical microspcopes used by surgeons in operating rooms.

In 1985 she wanted to start her own company in France but the socialist government had nationalized the banks and the government promised her a loan that never materialized, so she left France and came to Silicon Valley to start her business. 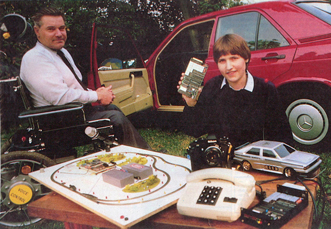 In five minutes with five Dollars she started her company in Sunnyvale, CA. Her company thrived adapting surgical microscopes for many hospitals like Mayo Clinic, UCLA, Stanford, Manhattan Eye and Ear and many others.

She also adapted the surgical microscopes of world famous Prof. Svatislav Fyodorov in Moscow, Russia in 1985.

Her company KEMPF was named “Small Business of the Year” by the City of Sunnyvale and the County of Santa Clara in 1990.

She received many awards for her work and many articles and book chapters were published about her.

In 1987 her hometown in France, Dossenheim-Kochersberg, named a street after her: “Rue Martine Kempf”. 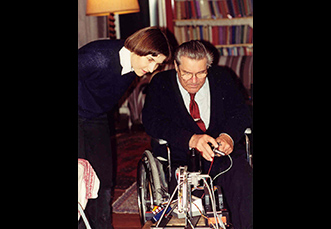 Present at the dedication was the President of the European Parliament, Pierre Pflimlin. She was just 28.

Her immigration to the US was facilitated by President Reagan whom she had given a voice activated toy train for his 73rd birthday in 1984.

In 2007 she started KEMPF Inc. in the US to adapt cars for American Veterans and other drivers with different mobility and opened an installation site in Tampa, Florida in February 2008. In January 2011 the Tampa faciity doubled its size.

She hopes to revolutionize the market of hand controls in the US offering digital solutions which respect the safety and comfort of modern automobiles.