TheVoiceKeeper – Your voice is your identity, they will help you to keep it

TheVoiceKeeper – Your voice is your identity, they will help you to keep it
By Marc Hagen • May 1, 2020 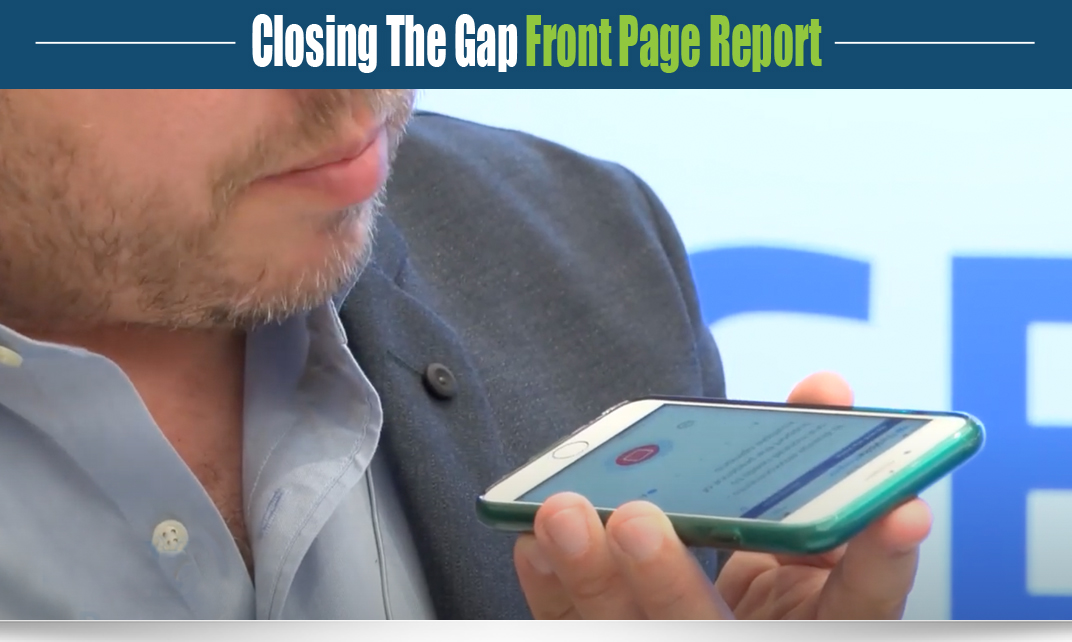 The Voice Keeper is the only voice banking technology that allows people to create and preserve an authentic version of their voice from an app as well as from a computer within minutes. While traditionally voice banking software requires anything from 350 to 1600 sentences in order to create a digital voice, The Voice Keeper has developed cutting-edge milestone-based technology which allows users to record as much or as little material as they want. This means that users can start creating a new voice with as little as 30-100 sentences. However, the more material they record, the better the technology will become in capturing their personal tone, accent and the way they speak.

The Voice Keeper app is very simple and easy to use and does not require screening sentences, additional software programmes or an external microphone. Individuals can just register within seconds, hit record and start reading sentences in order to create a digital version of their voice. The AI-based algorithm creates the first version of their voice with just 3 minutes of recording material. For this process to be completed on a personal computer, it is recommended to use a USB headset microphone. 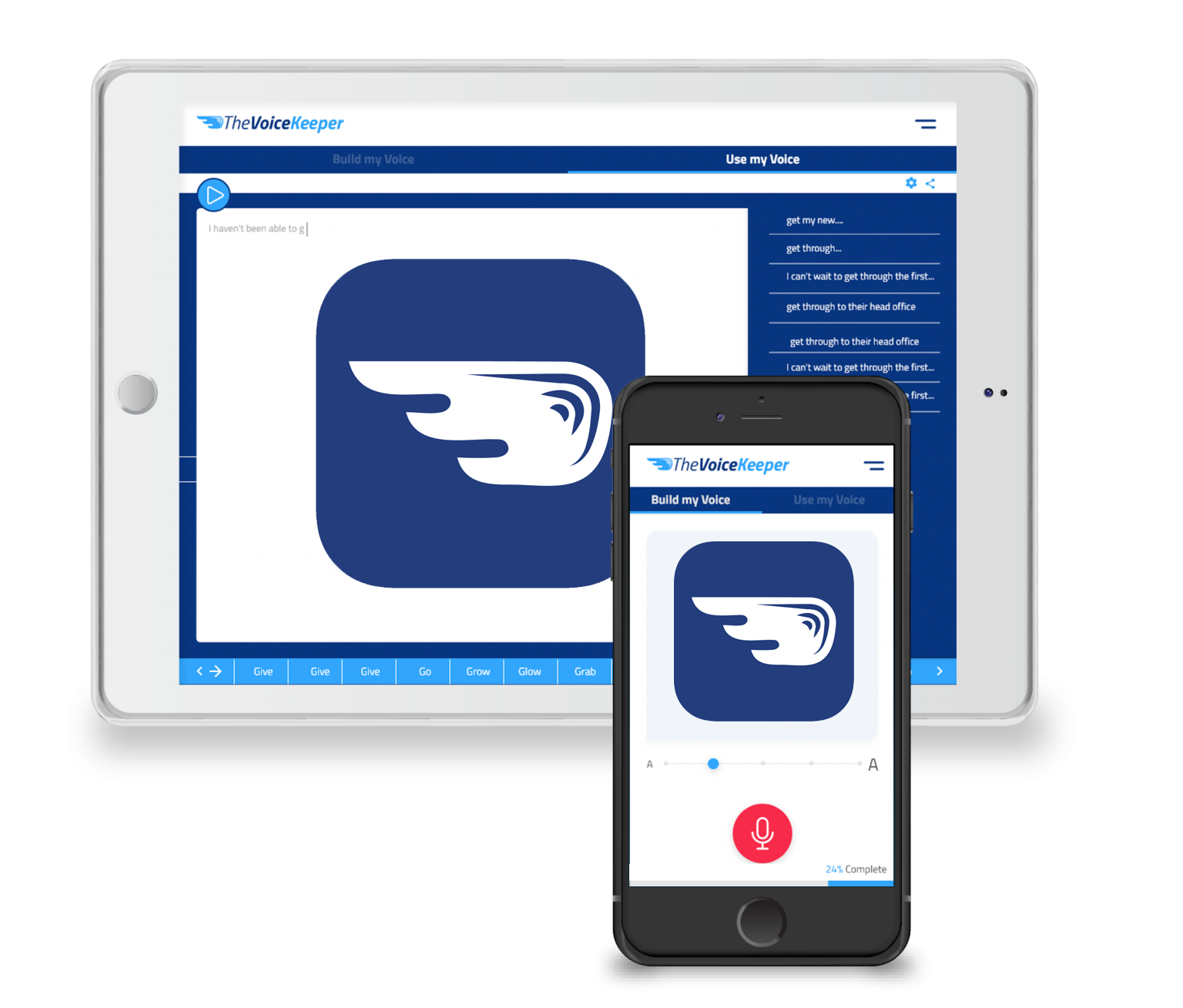 While voice banking can seem daunting, The Voice Keeper has simplified this process significantly:

1. Download The Voice Keeper app from the AppStore and register within seconds

2. Alternatively, visit The Voice Keeper website and use your computer do create your digital voice

3. Hit ‘record’ and start reading 30-100 sentences to get the first version of your digital voice

4. For another significantly improved version, continue recording another 10 minutes

It was in 2015 that Almagu, the parent company of The Voice Keeper, received the first request for a personalised text-to-speech (TTS) voice generator for an ALS patient. Little did they know, this request would set them on a new path.

The patient was already in an advanced stage of the disease and couldn’t talk very well. He did some recordings before, but there were too few of them and their quality was not good enough for the technology of the time.

They were desperate to help him and other ALS patients who wanted to communicate with their loved ones in their own voice. That’s when they set off on a long mission to create an intuitive and affordable system of personalised voice creation.

The breakthrough came in 2018 when the company started to use Deep Neural Networks (DNN) in the synthesis technology.

Why? DNNs offer several significant advantages over the previous technology.

●  Fast learning. This vastly reduces the number of sentences a person needs to record to create a personalised voice

●  Background noise filtration. Lower sensitivity to the recording environment means that one can reach amazing good quality with a PC, a $40 microphone, and a quiet room

●  Reduction of inconsistencies. This means that even patients with slightly slurred speech can use their voice to create a high-quality product.

In March 2019 The Voice Keeper was launched in Israel.

Their system is fully automatic, performs quickly, and is very easy to use. They take care to guide you through the recording process, alerting if something is wrong and how to achieve better results.

Months of intensive testing allowed them to significantly improve The Voice Keeper and…uncover its real magic.

Leveraging the lessons learned from the Israeli market, they improved their voice banking system to now empower patients in the English-speaking world.

How does the current The Voice Keeper outperform other systems?

●  Only a small sample. They reduced the minimal required sample of recordings from 900 to just 30 sentences. What does it mean in practice? It now takes only 3 minutes to complete the first batch of recordings.

●  Accelerated voice creation. With a lower number of sentences to process, it takes their system only 20 minutes to create the first version of a user’s voice.

●  Gradual improvement. The more sentences are recorded, the better the voice model. Users can record at their leisure, from any device.

Medical professionals advice ALS patients to record their voice early, while it’s still strong.  To facilitate this, they decided to make voice creation free, and only charge for extra services. On top of that, the company launched a keeping service where they keep your voice safe in their database for a marginal fee, until you really need it.

Almagu, the parent company of The Voice Keeper, has been the leading text-to-speech company in Israel since 2011. Their products are sold to leading companies across a variety of sectors—from telecommunication, to education, to government clients. Their synthetic voice technology is used by most colleges and universities across the country, helping thousands of users read and understand better. Additionally, Almagu’s voice technology has been used across the health and education sector in Israel since 2011.

In the health sector, an Israeli health support organisation Ezer Mitzion implemented their voices in communication computers used to aid patients in need of Augmentative and Alternative Communication (AAC) solutions. Since 2015 their voices have also been a part of a program of the Israeli government to fund communication means for those who need them.

Almagu, they make creating personalised synthetic voices easy and intuitive. Their mission is to enable each person who is about to lose their voice to safeguard it with minimal effort.

Working together with patients, their families, doctors, speech therapists, and medical institutions they strive to increase the impact of their technology. They are excited to enable ALS patients to keep one of the key parts of their identity—their voice.